2022 Board of Directors
​2022 Community Advisory Board 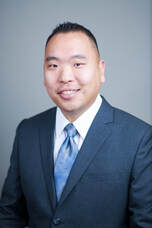 ​​Ricky Choi is currently Community Relations Manager at the San Gabriel Valley Council of Governments, a regional government planning agency that strives to improve the quality of life for the more than 2 million residents living in the San Gabriel Valley by seeking to address issues of importance including in the areas of transportation, homelessness the environment and water. In this capacity, he is responsible for managing the community outreach, media and communications and government relations program in support of the agency’s comprehensive regional projects and programs. Ricky was previously Senior Public Affairs Project Manager at Lee Andrews Group, a public affairs and communications firm, Senior Community Affairs Deputy at the California State Board of Equalization and Field Representative at the California State Assembly for now U.S. Congresswoman Judy Chu, served as Assistant to Former California Lieutenant Governor Cruz Bustamante and worked in the Criminal Division of the United States Attorney's Office for the Central District of California.
Active in civic and community affairs, Ricky currently serves as a Planning Commissioner in the City of Monterey Park and previously served as a Civil Service Commissioner and Parks and Recreation Commissioner in the City of Alhambra. He has also served on the Board of Directors of numerous non-profit and community organizations including OCA-Greater Los Angeles, Asian Professional Exchange (APEX), Planned Parenthood Pasadena and San Gabriel Valley, Planned Parenthood Advocacy Project Los Angeles County, Asian Pacific Alumni of UCLA and Asian Pacific American Legislative Staff Network (APALS).

Ricky joined the AYC Board of Directors in 2014 and before becoming President in 2021, he served as First Vice President, Chair of the Fundraising Committee, Chair of the Nominations and Governance Committee and Co-Chair of the 25th and 30th Anniversary Dinner Committees. 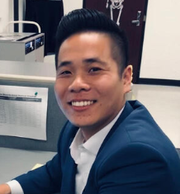 Bryan Chau was born and raised in the San Gabriel Valley and was part of multiple AYC programs as a youth.  Growing up as an economically disadvantaged minority in a combative environment, he was met various challenges, but through AYC’s Youth Development programs, those challenges became lessons and pillars by which he lives his life now.  These pillars have led Bryan to graduating from Gabrielino High School with numerous extracurricular accolades and graduating from Cal State Long Beach with dual degrees in Finance and Human Resources. With a strong gratitude to AYC for developing him during adolescence and a devoted passion for helping youth, he has come full circle in joining the AYC’s Board of Directors in 2016.

Bryan is currently the Vice President of Business Operations at Acceler8Networks, an infrastructure-based IT consulting firm, where he develops and maintains best-in-class operational practices, including planning, budgeting, process and procedures, personnel management and technology solutions.

Prior to this, he worked for a Fortune 500 staffing firm with international prominence and won their prestigious President’s Club Award two years in a row, ranking #20 & #17 globally.

Bryan has a true passion to empower our generation’s youth by helping them realize their full potential through mentorship and speaking on his own experiences as a challenged youth.  He gets true gratification by helping our youth overcome hardships while turning them into successes. 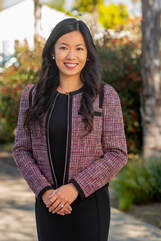 ​Elizabeth Yang, owner and founder of the Law & Mediation Offices of Elizabeth Yang, has over a decade of legal experience and is recognized by Thomson Reuters as a “Super Lawyer.” Her firm specializes in Family Law, Business Law, Intellectual Property law (patents, trademarks, copyrights), and Estate Planning and has offices in Los Angeles, Irvine, Monterey Park, Beverly Hills and Taipei. At the age of 19, Elizabeth earned her B.S. in Electrical Engineering and Computer Science from UC Berkeley in 2.5 years. She then earned her JD/MBA from the University of La Verne as well as her Mediation Certification with the Los Angeles County Bar Association (LACBA). Prior to practicing law, she worked for Raytheon as a radar designer for the B2 Bomber and at NASA’s Jet Propulsion Lab on the Mars Exploration Rover. In 2017, Elizabeth published “The Big Secret” alongside Jack Canfield, author of the “Chicken Soup for the Soul” series and it became a best-selling novel within the first week. Since then, she has also published 4 other books: "Stress-Free Divorce" (2018), "The Authorities: Powerful Wisdom from Leaders in the Field" (2020), "Women in the Modern Business World: A Blueprint on how to Lead Yourself to a Better Life" (2020), and "Asian Women Who BossUp" (2021). She is fluent in Mandarin Chinese and currently resides in Monterey Park with her husband and two children. 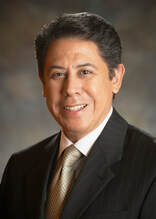 Vice President, Cathay Bank
​Steve is a fourth-generation Angelino, born in the San Gabriel Valley, and a graduate of UCLA, where he studied international economics. As a career banker, Steve has been responsible for business development and credit management across numerous industries throughout the US and abroad. He has held management positions with domestic and international banks. In the Mid-90’s, while working in Shanghai, China, Steve was the manager of multi-national lending for major American and European companies expanding in Asia.
Currently, Steve is a vice president at Cathay Bank. He responsible for managing a diverse portfolio of credit relationships to local manufacturers, wholesalers, import-export companies, real estate investors and service organizations.
Steve first became active with AYC in 2001-2010 as a volunteer, board member and executive committee member. After living outside California for several years, Steve rejoined the AYC board in 2019. Steve is excited to see the continued growth and diversity of our community and to be a part of AYC’s goal of helping to empower youth and guide them to success in school, at work and in life.​ 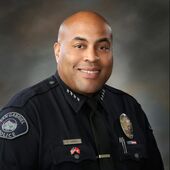 Gene Harris is a Southern California native and former United States Marine. During his stint in the Marine Corps, he served as an airborne, forward observer for naval gunfire and close air support before leaving to pursue his career in law enforcement. Gene is a 27-year law enforcement veteran whose career began with the Los Angeles County Sheriff’s Department before a lateral move to the Monterey Park Police Department. He now serves as Police Chief of the San Gabriel Police Department where he oversees all operational, administrative, and management matters for the station.

He is a published author and holds a Bachelor’s Degree in Business Administration, a Master’s Degree in Organizational Management, and a Master’s Degree in Law Enforcement and Public Safety Leadership from the University of San Diego. He is also a graduate of the POST Master Instructor Development Program, the West Point Leadership Program, POST Command College, and the FBI National Academy.  Along with his career and educational accolades, Gene has also received numerous honors including awards for his heroism, distinguished service, and numerous volunteer endeavors. He cites the favorite of his achievements as the publishing of his book, “The Zero Stress Zone, A Layman’s Guide to Stress Management." His personal ethos is “enthusiasm is the force that creates momentum" - He plans, lives by, and exemplifies this code in all his endeavors.

As an immigrant from Hong Kong, Mary Wong, EA, has overcome struggles such as language barriers, diligently working her way through college and eventually starting her own accounting firm, Exact Tax, Inc., in 2007. As Exact Tax, Inc. has grown, so has their philanthropic outreach. Last year the company launched free seminars for local community members and small business owners, helping attendees understand everything from navigating audits to filing taxes while waiting for a green card.
​
In 2010, Mary founded Project NEO, a 501(c)3 nonprofit organization that provided after school tutoring and mentoring to at-risk youth in grades 2-8, serving over 250 youth annually. As part of its leadership development program, over 200 young people were trained to provide mentorship and tutoring services, and Project NEO initiated a Student Leaders Board which consisted of 12 bright individuals from local high schools and colleges. In order to expand Project NEO's tutoring outreach to more local schools, Mary explored creative options. The Asian Youth Center reached out to Mary to create a partnership to strengthen the tutoring program for children, and the merger between the two organizations was finalized in November 2016. As difficult as it was for Mary to relinquish herself from Project NEO, she prioritized growing resources to help at-risk youth to become our leaders of tomorrow. Mary joined the AYC Board of Directors in January 2017 to continue her work with at-risk youth in the community.

In 2014, Senator Ed Hernandez awarded Mary the Woman of the Year Award for her work with Project NEO. She was also the recipient of the 2014 Monterey Park Business Woman Award. Her leadership roles have included serving as a board member of the Asian Youth Center, treasurer of the Alhambra Police Foundation and member of the East Los Angeles College Foundation President's Circle.